~Lifestyle Update: Arcade in a Mall?? And BESTIES!~

Hello hello all! Care to know a few things I've been up to this past week? Sometimes it feels like all the days blur into one so I can't even remember if all these things were even in the same week lol >.<

Yesterday(?) I went to the South Center Mall with my aunt and uncle because they wanted to show me and my sister the new arcade that recently opened up there called Round 1. I didn't get a chance to get tons of pictures of everything because once we went in there we got excited and just started playing around and looking everywhere haha. But here's what I got! 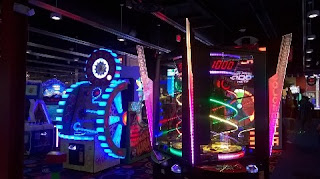 Here's a shot of what it looks like inside. It's your typical dark arcade with loud noises, people, and music with flashing lights everywhere haha. The cool thing about this place is that there's also karaoke rooms you can reserve with friends as well as a bowling alley! It's pretty huge in there I must admit lol. But we only stayed in one corner of the arcade because we were only checking it out. 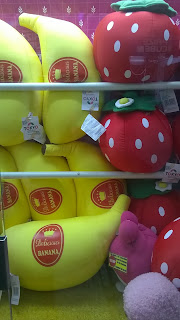 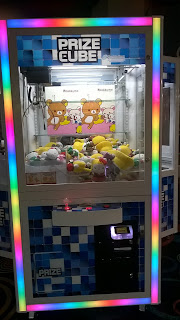 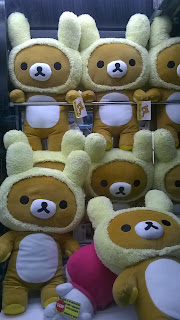 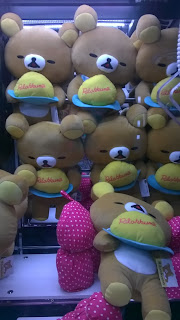 As you can see we were excited about the cute UFO machines they had there hahaha. But use caution! Try it once and then have an expert do it for you if you know one because the claws on the machines are weak T___T we wasted at least 32 credits on trying to get the Rilakkumas LOL!

Ah yes the credits. So I actually haven't been to many "arcades" really, just the one that used to be down in the water front in Seattle. Most of the games either needed cash or coins I think? At Round 1 they have a card system and you buy a card and reload it as you wish! We bought a card and started out with about 64 credits I believe? The UFO machines are 8 credits a try U__U

Then my mom mentioned that they have cute photo booths and my sister and I got excited because we knew she was talking about the purikura machines!! They cost 24 credits~ 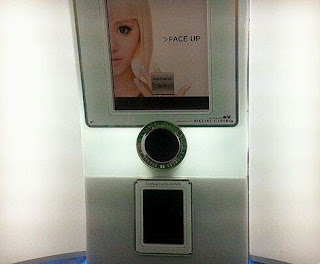 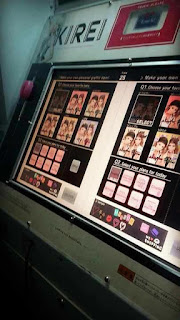 If you don't know what purikura are they're super cute photo booths that are known for their hyper "kawaii" effects and designs! They're popular mainly in Asian countries ^.^

My sister tried out a shooting game with the remaining credits hahaha~ I don't remember what it was called though.

The day before that we had a barbecue when my uncle came back from Alaska and I was grill master *___* hahaha we made Korean barbecue as well as grilled veggies and seafood :3 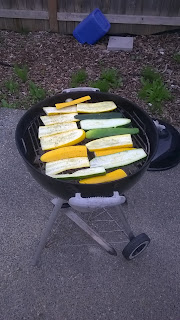 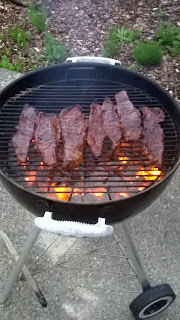 And last but NOTTT LEAST!!! I hung out with the BESTIES at our annual summer reunion thingy!! That's the one day out of the entire year everyone can be together :'D In person at least lol! <3 I love these ladies so much ^___^

Thank you all so much for reading through this lil' update!!