Hello everyone!! I know I'm quite a few days late on this post but I've been busy these past couple of days and couldn't upload all of my photos hahaha~ Anyways, here's a recap on our BIG FAMILY FUN VACATION to Portland, OR ^.^ I emphasized all those words because we were actually quite a big group this time, twelve of us! Usually it's my family (4) and aunt and uncle for a total of 6 (oooo I can do maths, spooky). But this time we took my other uncles and aunts along with two of our cousins and it was a blast!! It was so much of a blast that I neglected to take pictures most of the time! (Excuses excuses lol).

Originally it was just going to be the four of us so I had an itinerary that had places where my sister and I wanted to go. After finding out more people were going we had to smush all the stuff we wanted to do in one day and be flexible about the schedule so we could visit places everyone wanted to go to as well! Here is the map of my first itinerary for reference: 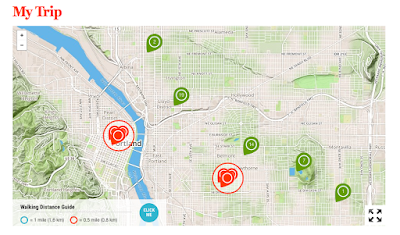 Our first stop on the road trip was...the bathroom/rest stop LOL. You guys don't understand how many stops we had in the beginning hahaha~ We stopped by Starbucks for the drivers (and hot cocoa for the kids *cough me* ;-D) then to Seafood City for some snacks?! MORE?! We already had four bags of chips, grapes, and carrots in the car AND fried chicken AND siao pao (steamed buns) :O But of course we needed some tocino and rice and some Jollibee burgers @___@ We were not about to starve on this trip, lemme tell ya. We picnic-ed at a reststop (the third I think?) and I took some pictures of this cute blue bird that kept hopping over and eating some snacks we kept dropping hahaha!

OH HEY. Remember that tiny camera I wanted to use a bunch on the trip so I could show you guys the quality? IT DIED. Right after I took ONE picture of the bird it went kaput! It was warning me it had a low battery but I didn't listen because it was a BRAND NEW BATTERY. Meh. I wonder if I did something to it that made the battery connection weak? I'll try to figure it out soonish T__T ALSO guess which other camera decided to die before I took any cool pictures? That's right, I forgot to change the batteries on my Instax as well *___* And to add onto my stupid I didn't bring my phone charger and that was basically my only source of picture taking, hence the great lack of photos :D

The actual first stop was Hawthorne because some of the stores closed a little early and I just wanted to get that shopping over with because I knew most of the adults wouldn't enjoy thrifting. So I gave them the directions to House of Vintage on Hawthorne because I knew there was a Red Light, Buffalo Exchange, and Crossroads Trading here in WA and we could skip those. The lighting in there wasn't so great and I mostly took pictures of knick knacks rather than clothes which is sad because now that I think about it I should've taken clothing inspo pics even though I wasn't gonna buy them (too $$$!). Other than it being huge in there and the people being nice, I wasn't sprung on H.O.V. because everything I wanted was kinda pricey and not in the best conditions. Still there was a LOT of stuff there so I definitely recommend checking it out if you're in the area and are into thrifting and vintage-y clothing! :3 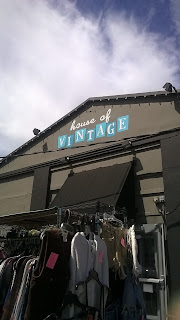 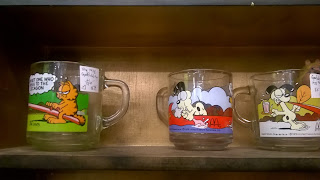 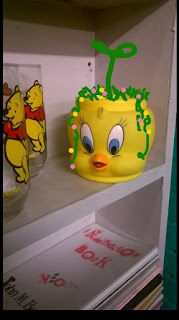 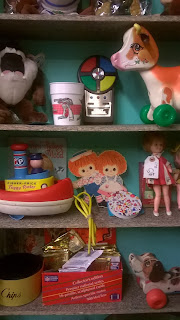 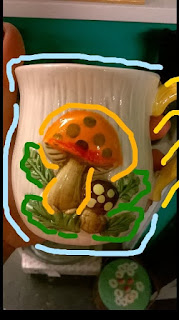 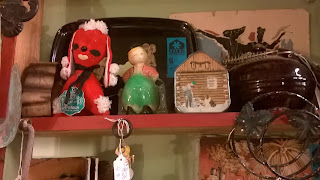 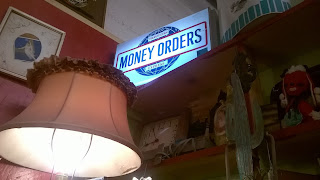 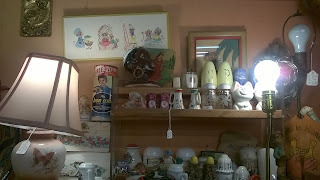 Next I said we should go to Fubonn because it was the furthest destination according to the map (that I planned anyways) and it had air con and probably some snacks (yes people were hungry despite all the snacks we had). My uncle also said that was a good idea because it was a vietnamese (mainly) food store apparently and had a lot of things my relatives would enjoy. So as they explored the market my cousin, sister, and I went into Pretty and Cute! We went there last year and its soooo amazing! They also have an online store where you can buy all the adorable Korean/Japanese/Taiwanese etc. cosmetics and beauty supplies! <3 They give you lots of free samples and things as well which is cool!

Check in time at the hotel was about 3:00 so we went there and dropped off our luggage and things. For some reason we spent like three hours at the hotel?! Now that I think about it we used up so much valuable time that we could have used for browsing but I guess people wanted to relax a little bit 3: Oh well~

Then we decided to go to a buffet because it was also my aunts birthday and we wanted to celebrate! I was too busy eating to take pictures but it was called Super King Buffet and is pretty good if you're used to/enjoy low key Chinese buffets.

Our last destination was Powells City of Books!!! I was SUPER DUPER excited to revisit this place because when we went last year we only spent about an hour in this ginormous book store and that isn't nearly enough time. You need at least half a day to browse through all the wonderful color coded rooms of books and things. Aaaaand I'm just realizing now that I didn't take any pictures of the actual books lol T___T oops 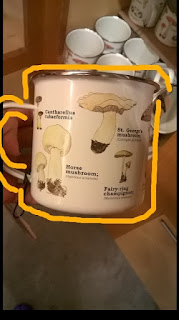 I FINALLY found a journal that I liked after months of searching for a nice one at Uwaji and various bookstores, craft stores, and stationary stores. Even though we spent two hours there this time I still wanted to go back and buy more things :'-D But I was hot and dehydrated and everyone was tired so we went back to the hotel.


And what do you think we did next? Shower? Sleep? The very first thing we did when we got back to the hotel was eat pancakes!!! LOL I know I know, we just went to  a buffet and then we went and ate pancakes?! YEP! Unlimited midnight pancakes with the pancake machine in the hotel dining room :D It's like a 3d printer for pancakes >___< hahaha:


If you can hear the sounds in the video please ignore my annoying voice lol. I know the sign says don't touch and I kept touching it but I thought the pancake machine was getting jammed and I didn't want to get in trouble for accidentally breaking it by making too many pancakes LOL.

Day 2 of our Portland trip was basically shopping day, because ya know no tax and stuff :3. So we went to Woodburn Outlet, a super huge outlet South of Portland I believe? I picked up some sweet new kicks at the adidas store. We bought three things and with a 15% off coupon our total was about $60! Oh how I love outlets :'D


Then it was time for lunch and then home because one of my aunts still had to drive back to Canada~ By the time everyone was checked out of the hotel it was maybe 1:30 and we spent awhile in traffic before we got to Woodburn which ate up a lot of time as well >.< We ate lunch at a cool diner style burger place called Fuddruckers. It's very easy to accidentally switch the R and F in that name by the way lolol. It was basically a DIY burger place because you could customize your burger with the type of meat, how well you wanted to to be (I like mine medium-medium well) and then add your own toppings at the bar.

We got home at about 11:00 and everyone was super tired TT___TT But all-in-all it was a super duper fun family trip! We do this once every summer and I can't wait to find out what the trip will be next year :D

Thanks so much for catching up with me all you lovelies!! <3 It's raining so hard here right now! I'd better publish this before the lights go out!! AHHH!! So sorry for any mistakes or typos, I'll fix them when I can :3